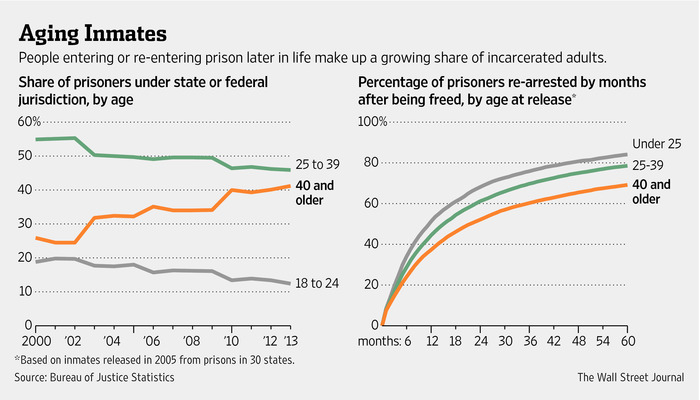 “Longer sentences and anti-drug policies are often blamed for the graying of the prison population.

According to the Bureau of Justice Statistics, the proportion of U.S. inmates who are at least 54 years old rose from 3 percent to more than 8 percent from the year 1991 to 2011. The increases make a financial difference given additional costs needed to provide medical care for older prisoners.”