“A well-regulated Militia, being necessary to the security of a free State, the right of the people to keep and bear Arms, shall not be infringed.” These are the words of the Second Amendment of the Constitution. This clause has given lawmakers the power to pass laws that allow civilians to purchase guns.  In the face of increasing mass shooting tragedies in the last few years, this clause became the source of a heated debate about gun control.

This debate has resurfaced in the wake of the shooting at the Marjory Stoneman Douglas High School in Florida. On February 14, 2018, Nikolas Cruz, a 19-year-old former student of the school, who had been expelled, walked into the school, armed with a semi-automatic rifle, and opened fire, killing 17 individuals and wounding 14 others. 17-year-old Cameron Kasky, who survived the shooting, had been inside the school at the time of the shooting. He was picking up his brother from the special needs classroom, when the fire alarm went off. They huddled in the room, along with the other students, listening to the sound of gun shots, praying that the shooter wouldn’t find them. After an hour of sitting in terrifying silence, the SWAT team came in and escorted the students to the evacuation location. 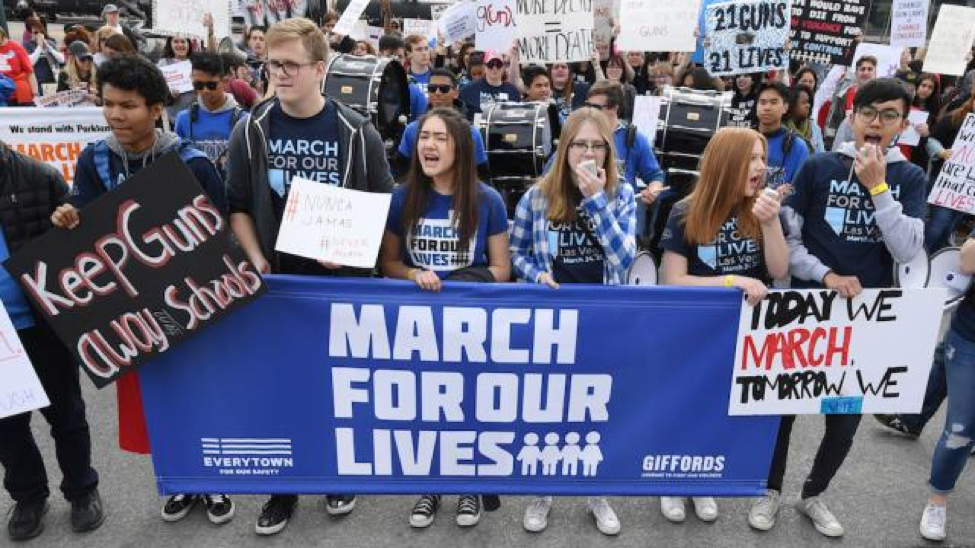 Courtesy of The Hill

In the face of this tragedy, students at the school have responded with zeal, demanding lawmakers to take responsibility for the gun culture perpetuated by loose gun control laws. Mr. Kasky has been at the forefront of this movement along with his peers. These students, appearing on the latest cover of Time Magazine, organized the “March for Our Lives”, which took place on Saturday, March 24th, in Washington D.C. Mr. Kasky gave a spirited speech at the march, advocating for tighter gun control and stricter background checks. A crowd of 200,000 marched, demanding stricter gun laws and an end to gun violence. 800 similar marches occurred across the country and reputable celebrities like George and Amal Clooney, Taylor Swift, and Steven Speilberg donated to the cause, showing their support.

The world is hoping that the efforts from these inspiring students, will urge lawmakers to make a change that would serve to promote school safety and prevent gun violence. The Trump Administration has announced a plan to ban bump stocks, a gun accessory that makes it easy to fire rounds rapidly from a semi-automatic weapon (CNN).

While this is a small step in the right direction, until lawmakers take greater measures by passing laws that would necessitate universal background checks, raise the age requirement for purchasing a rifle, and ban assault weapons, it is unlikely that these young students will cease in their efforts to achieve the goal of making our schools a gun-free zone.

The Hill–Parkland Students: ‘March for Our Lives’ Showed ‘Our Voices Matter’–25 March 2018

CNN–Parkland Student: My Generation Won’t Stand for This–20 February 2018