In 2017, Justin N Sullivan was sentenced to life in prison for planning an Islamic State-inspired attack in North Carolina more sinister than the 2016 Orlando nightclub shooting after he was radicalized online. Unfortunately, Sullivan is not the only American teen to fall into the trap of being radicalized online by Islamist extremist groups like ISIS. In 2014, the same year Sullivan was first introduced to radicalization material, the Central Intelligence Agency estimated two thousand westerners had been recruited to join ISIS with at least one hundred being Americans. Many of these Westerners were teens, still in their youth who were targeted by various tactics.

One of the primary recruitment tactics used to recruit teens is by appealing to the teens through offering them a sense of purpose or identity. The radicals provide the recruitment targets a sense of identity and meaning by filling their heads with ideas of joining the group to help them better the lives of their brethren in the Middle East or by fighting the oppression of their people. Another tactic is to make it a religious pride issue by telling young Western Muslims that it is their duty to fight with them. Others are fed stories that give them hope. Regardless of the stories or information given to those being radicalized, there are two main ways this information is given to them.

Radicalization is most commonly done through online propaganda or face-to-face recruitment. Online and mobile social media platforms like Twitter and WhatsApp allow extremists to preach their ideologies as well as to communicate with potential recruits. One of the more interesting turns of events to occur within recruitment is the increased targeting of young women. As of May 2017, it is estimated that at least six hundred women had joined the ISIS caliphate as so-called “lionesses of Allah” to become jihadist wives, bear “cubs of the caliphate,” recruit other women and to take part in many different roles within ISIS. One of the emerging roles these young women are taking part of is fighting and signing up for suicide missions. The increase in suicide-bomber trained women could be particularly dangerous should these women come back to Westernized countries because women are often seen as less dangerous or suspicious. An important note on the subject of women being used as suicide bombers or combatants is that not all of the teenage girls being targeted for recruitment are Muslim or of Middle Eastern descent. Many of them have converted to radicalized Islam to serve the Islamists’ purposes. 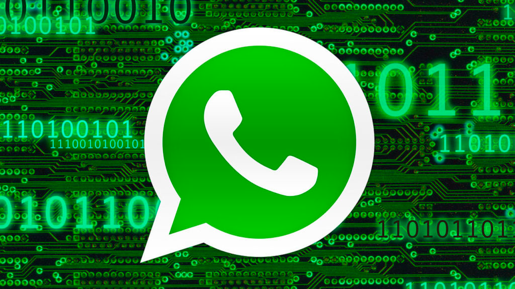 Even with ISIS’s power being quelled in the Middle East, there is fear that many of these radicalized Westerners that were recruited in their youth may come back to their countries of origin (like the United States) to continue the spread or act upon the radicalized ideas now engrained in them. Thankfully there are options for dealing with those that have already been radicalized or are on the path to being radicalized. One of those options is of course prison, but one newer idea is “jihadi rehab.” Since many of those being recruited are in their teens, they are often not recruited based on ideology but, as earlier mentioned, based on a sense of duty or because they think they found their sense of identity within the radicalized groups. It may be possible to rehabilitate them into seeing the world through non-radicalized views and reintegrate them back into society as opposed to stripping them of their lives by placing them in prison. Research has also shown that traditional anti-radicalization methods may not be as effective as having reformed combatants and respected community leaders speak out against the radicalized ideas. If this continues to be true then “jihadi rehabs” may not only be beneficial to those that have been radicalized but also to those that could become radicalized.

Exposure to radical ideas is just one the many challenges today’s youth face, so it is important to recognize the possible risks and take proactive preventive measures. By knowing how teens are recruited by groups, it creates an awareness that could help decrease teen susceptibility. Awareness is often the first line of defense, so raising awareness could be one of many steps taken to help face this threat. As awareness of online radicalization of youth grows, it will be interesting to see how the government and community leaders respond to it and how they choose to handle those that have already been radicalized.

The Washington Post- Youth radicalization is on the rise. Here’s what we know about why. –28 August 2017